From the letters between Marcel Proust and Reynaldo Hahn

Commission of the Academy of the Aix-en-Provence Festival, with the support of the Fondation La Poste.

With the Reynaldo Hahn’s songs :

Before the Lost Time

Late one December night, in Paris, a woman arrives home, having spent the evening at the opera or theatre. The sound of her steps in the apartment do not wake a young man sleeping there amidst piles of music scores, near a grand piano. This is a family of musicians. It’s late, but she doesn’t feel like going to bed. She pours herself a drink, and ends up waking the young man, her grandson, probably. Soon we hear laughter, hurried, stumbling steps in the corridor, those of two young women – the giddy, romantic sort – returning from an evening out and who aren’t sleepy either. One last drink, and music calls. One sits at the piano and the other digs out some old letters. That’s all it takes for memories to flood into this living room. For this family has inherited not only Reynaldo Hahn’s love of music but also the letters that Marcel Proust regularly sent him following their meeting in 1894, when the former was an established musician and the latter a writer in search of himself. While others might have excitedly gathered around out the spirit board, these four immerse themselves in the words of one and the music of the other, and discover the feverish early days, the unbearable wait, the wonder, the doubts and the elation, and, soon, the sadness, too. “One is always inspired when speaking of what one loves.  The truth is that one should never speak of anything else,” wrote Proust to Hahn, whose music conveys precisely that. The two young men seem driven by the same quest, not yet that of “lost time” but that of sentiment, with a single obsession: to try and capture it. During the evening, each character absorbs the echoes of this literary and musical correspondence, that is mostly one of love, in his or her own way: one with nostalgia, another with impatience, and another with anxiety, disturbed to recognise her own doubts in those expressed by Marcel. As for the piano, which really plays the central role, its little melody comes across with increasing clarity, a distant memory of one that gave Swann such joy before it began to torture him, and that returns, for one night, to offer us a hymn to love. 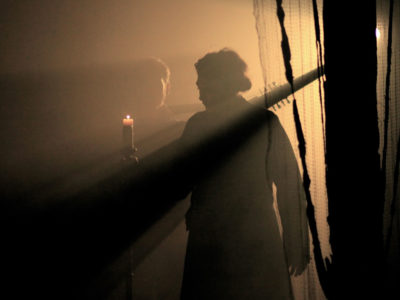 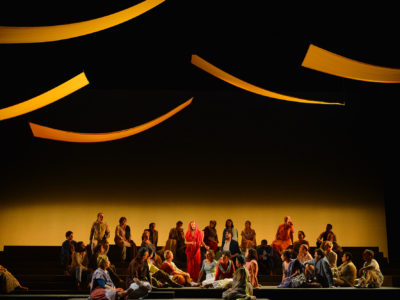