Opera in five acts, libretto by Jules Barbier and Michel Carré from the Shakespeare’s tragedy, first performed in 1867 in Paris at the Théâtre-Lyrique Impérial.

New production of the Luzerner Theater

Choir and extra choir from the Luzerner Theater
Luzerner Sinfonieorchester

Note on the staging
Vincent Huguet

« Dissipate my night, be dawn »

My law is not your law

With Romeo and Juliet, as for all the Shakespeare’s plays brought to Opera, man could complain about the differences between the libretto and the original text : yes, until now, no librettist had the genius of Shakespeare. But the adaptation created in Paris in 1867 by Gounod and his librettists Barbier and Carré has nevertheless a lot of other qualities and the first one is may be to have chosen in the Shakespeare’s masterpiece the darkest colors, the most toxic perfumes and this feeling of emergency, which runs from the begining to the end of that piece, which sounds sometimes more like an oratorio than a « grand opéra » and which is, in fact, a long love duet, sometimes interrupted, but never for real.

Why the Capulet and the Montaigu are hating each other ? Nobody remembers, and in the Gounod opera, it seems less important than other fractures, between young people and old ones, and most of all, between the living and the Dead. Here is the way Capulet is speaking to his daughter Juliet after having asked her to marry Paris (and not Romeo !) :

That is the way « old » people are thinking and behaving in Verona, and against this blindness, Romeo and Juliet are just calling for red lips, for birds and flowers, for days and nights : for life. But in this society, everyone is old and so sure of the law of the Dead that the only way for the two lovers to stay alive is… to die.

This violent opposition between Romeo and Juliet and the rest of their world, to sum up, makes rise a question : in our society, it is considered as a chance to be the heirs of a long and brillant civilization, and the preservation of this legacy makes deeply part of our identity. May be this has became even stronger during the last decade : when they want to hurt occidental societies really hard, the talibans or Daesh destroy multisecular Buddhas or ancient temples in Palmyre. What would happen if it was possible, in the same way, to burn Romeo and Juliet for ever ? May be that, like in Fahrenheit 451 (R. Bradbury, 1953), some people would learn by heart the books and would become living part of a memory in danger.

Romeo and Juliet reminds us that this chance to inherit can sometimes turn into a curse, and that, depending of the context, of the moment, of the people (like for a love encounter), it can also destroy people, at an intimate scale, in a family, at a larger one, in a society. We know that teenagers are the more fragile, and that they are the ones who commit suicide the most. They are facing a world which seems unable to welcome them, they are going through extreme emotions, and they can fall from the highest excitement to the deeper despair in a wink.

The set represents a beautiful place, full of cultural references, full of history, full of generations, full of past, a place built by people who died ages ago but who continue to rule our lifes : it is a palace, it is a house, it is an art museum, like the ones made in Italy in the 1960’ by Carlo Scarpa, who designed mainly museums and… cemetaries. It is a place where only distinguished and educated persons are admitted. Romeo and Juliet were born in this place, which has another particularity : it is impossible to escape from it alive. Wherever you go, you find the same people, the same walls, the same artworks, the same staues looking at you, even if they seem slightly different. 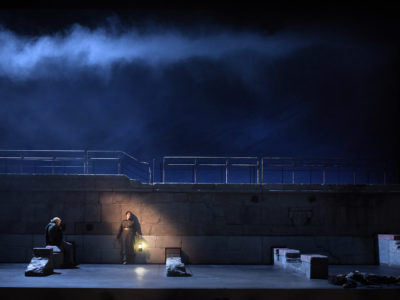 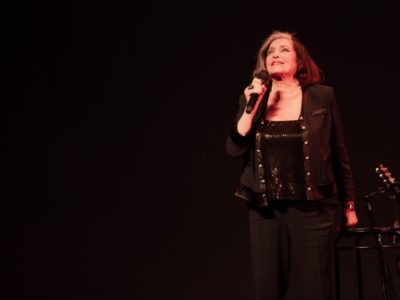